Home is where the hearth is #9

Turning a 100-year-old house into the home of their dreams was a project close to the heart of the Carsouws, and they ultimately added three fireplaces.

The house had been rebuilt over time and needed a total renovation, while retaining the elements that make it original and authentic. Together with an architect and interior designer, they went to work to design a house that combined its traditional elements with a sleek, contemporary style.

The existing house had two built-in fireplaces, a wood-burning fireplace in the living room and a gas fire in the hall, so two flues were already in place. Imke Carsouw and her husband both grew up with a fireplace, so this feature in the main living area was an absolute must. They opted for a closed wood-burning fireplace for the pleasure of a real wood fire. Having a gas fire in the hall seemed a bit excessive, plus it had a large, conspicuous marble surround, which wasn't really to their taste. Yet the size of the hall lends itself well to a fireplace – the house has an impressive entrance. So the Carsouws decided to keep it: “The house is very traditional,” explains Imke. “While we wanted to redesign it to suit our own taste, it has to fit with the house. That’s why we chose to keep the original features like the marble surround. Though we weren’t sure about the fire in the hall at first, now we like it – it really belongs in the house and there’s something cool about updating its original elements.” The fire is usually only on in the winter for visitors or during the holidays, immediately creating a festive, warm atmosphere. 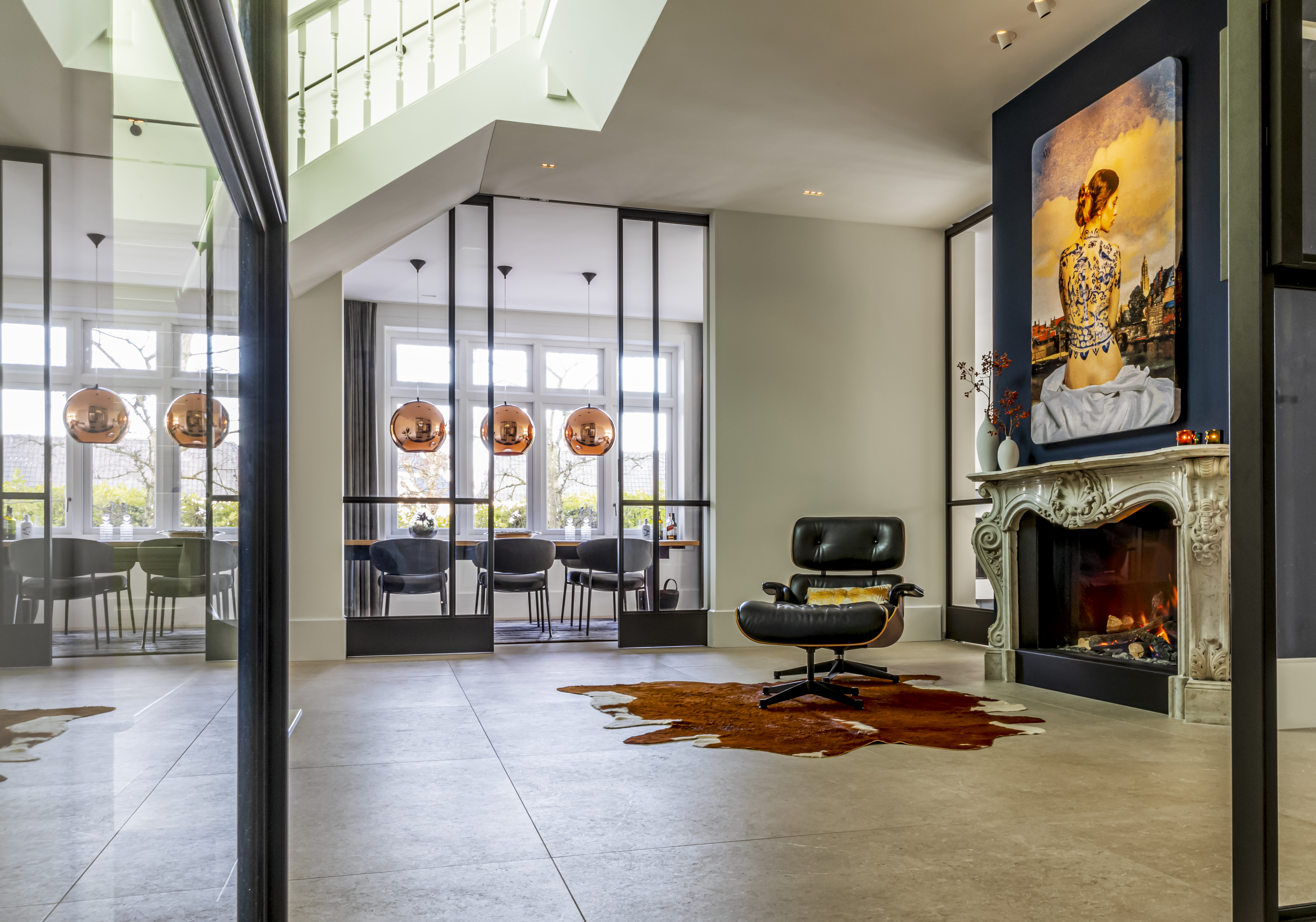 In the final home design, a third fireplace was added in the bedroom. This was decided when they discovered that concealed underfloor heating was not possible in that room and they did not want a radiator, so the architect suggested installing a gas fire. This operates on a timer to briefly heat the bedroom in the morning. “It’s great to wake up to a pleasant temperature, but otherwise it’s off all day,” says Imke. “Having a fireplace in the bedroom is pure luxury – we have absolutely no regrets about it.”

To find the three fireplaces for their redesigned home, the Carsouws went to the Kalfire dealer Reijnhoudt & van der Zwet on the recommendation of their interior designer. They were impressed with the beautiful showroom and large selection. The dealer worked closely with Imke and her husband to advise them on what would suit their home and on the technical details. For example, the existing fireplace in the living room had a fairly narrow flue, but they preferred a solution that didn’t require having to reinstall the entire flue. The dealer suggested putting a fan on top of the chimney to solve the problem – expertise that proved invaluable.

The Carsouws chose Kalfire models for their size, design and efficiency. Kalfire fireplaces feature innovative combustion technology that makes them environmentally efficient and economical. The found choosing a gas fire more difficult than a wood fire for the visual aspects of the flame play. “You can stoke a wood fire so it looks how you want, but a gas fire often has a particular appearance that you can only adjust to a certain extent,” explains Imke. “For us, it was important to have a realistic fire that looks like a wood fire.” Mission accomplished with the Natural Spark Generator, an option in Kalfire gas fires. “It was strange to see at first because we knew it was a gas fire, which doesn’t create sparks,” adds Imke. “But it really contributes to the authenticity. That’s how a real fire burns, so we’re really glad we went for that option.” 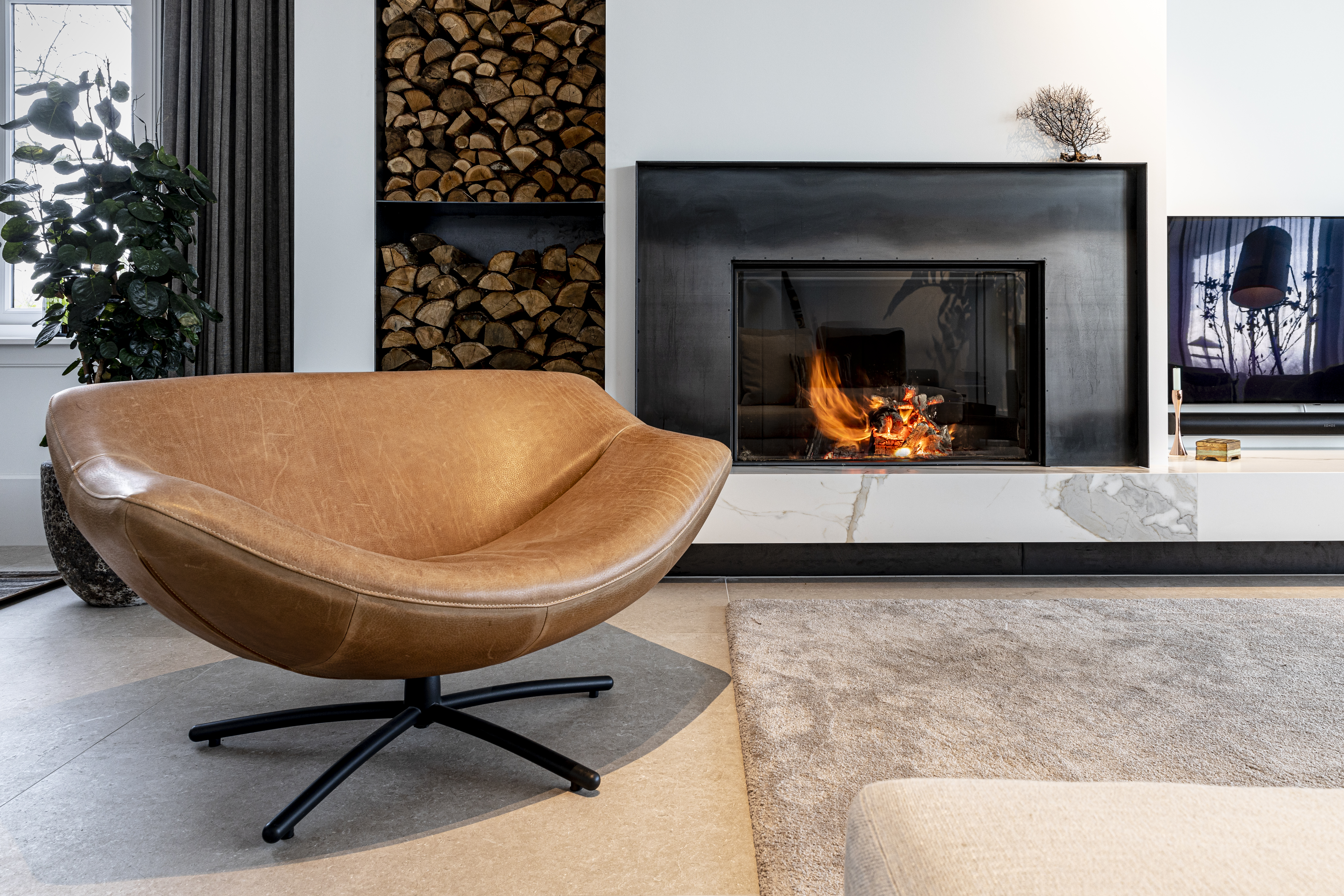 As the house is spacious and has big rooms, large, front-loading fireplaces were chosen. While Imke liked the idea of a room divider or double-sided fireplace – for example, to enjoy the fire from the living area or the kitchen – this would have involved complicated modifications such as moving the flue. In any case, they found the new space better suited to front-facing fireplaces, which always make an eye-catching statement.

The Carsouws are very happy with their finished house and its fireplaces – safe to use even for their teen children – which warmed up their winter right into spring. 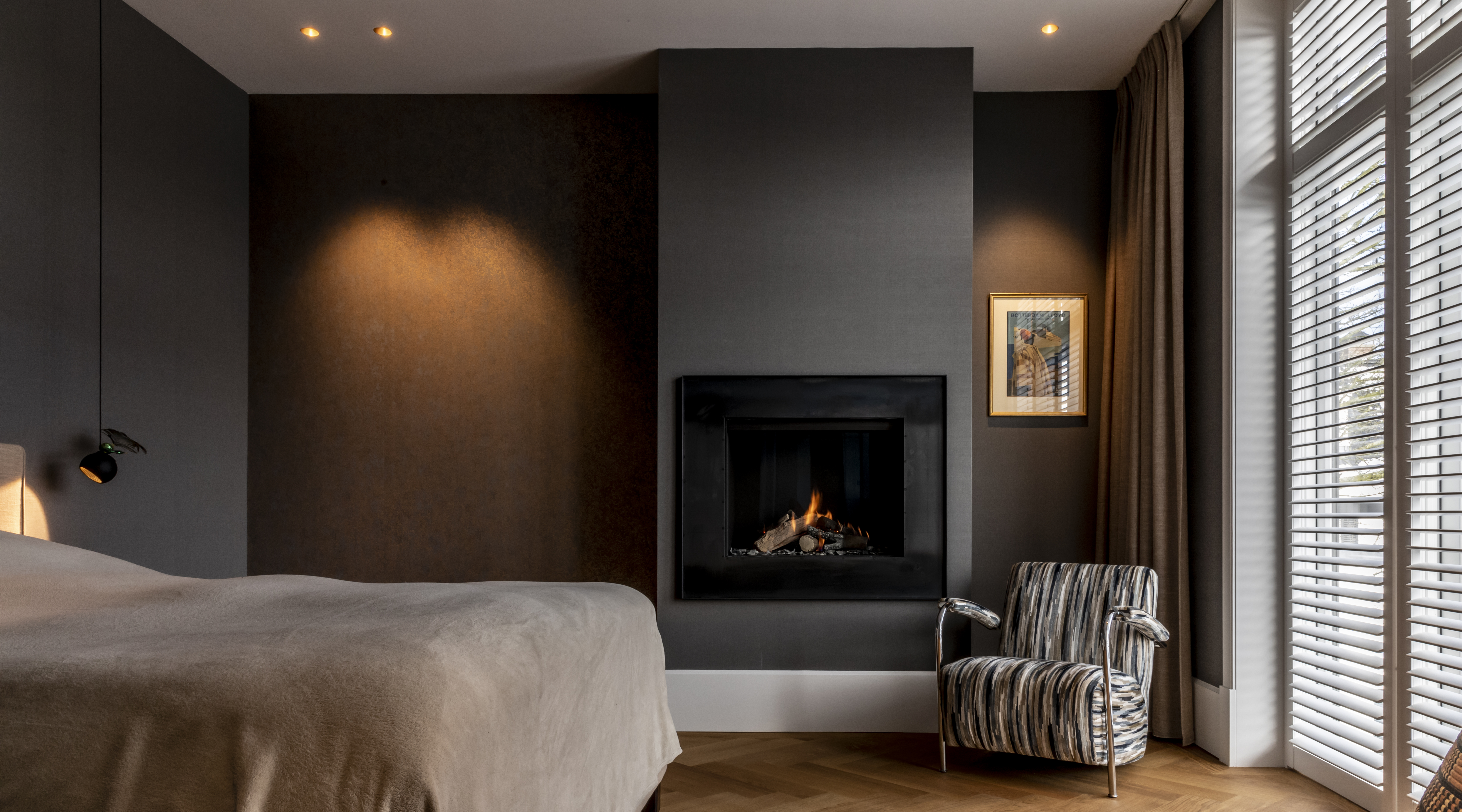 Special thanks to: Imke and her husband en Reijnhoudt & van der Zwet.