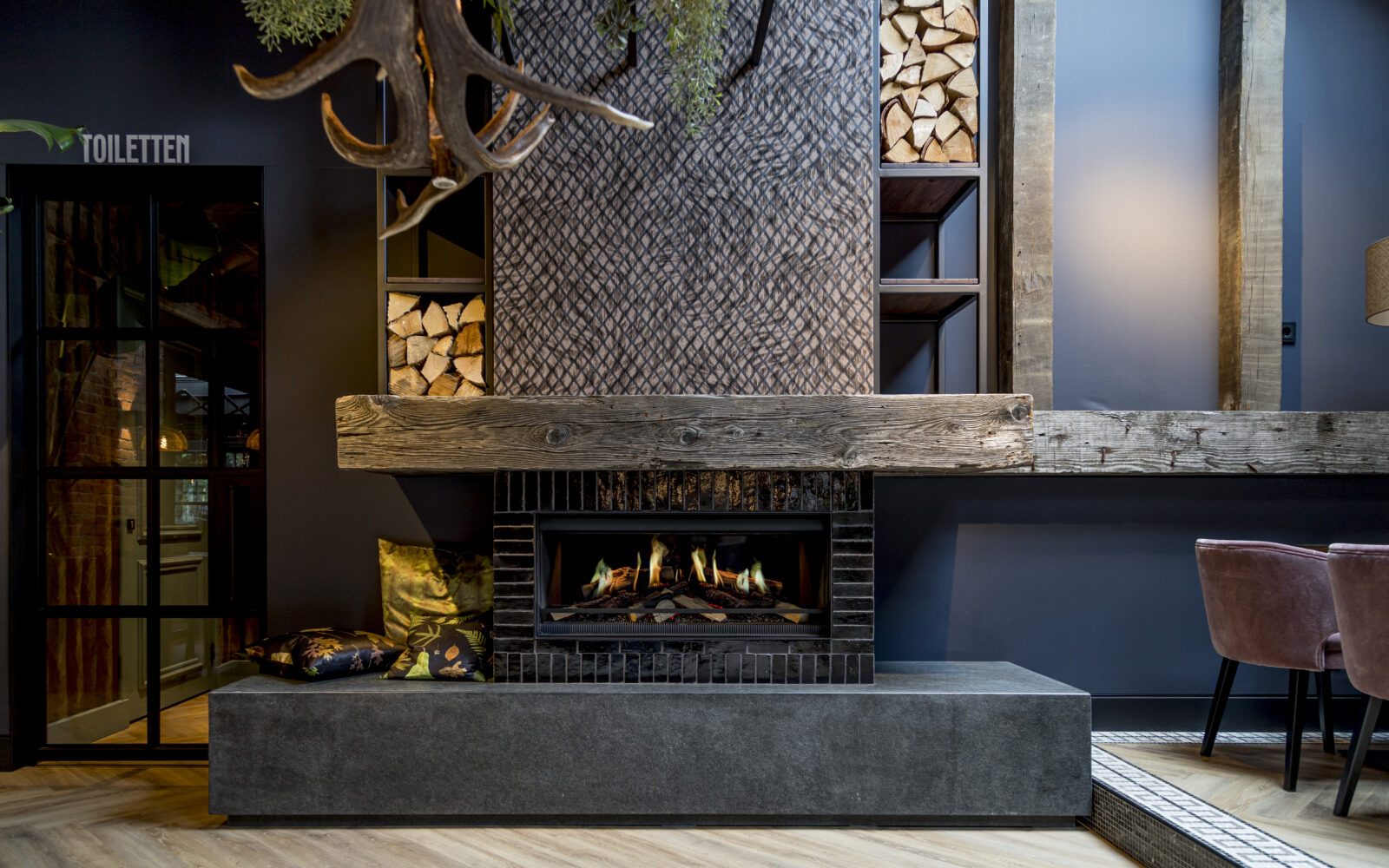 Placing a fireplace in a restaurant without having to compromise on space, with safety

The new restaurant KOKS in Gemert opened its doors in the summer of 2020 after a major renovation that took several months to complete. The interior of KOKS was realized by Studio C. Interieurs and Gaaf Creaties. When the ideas for the renovation started to come together, the idea of a fireplace soon came to mind. This would complete the rural look of the restaurant. 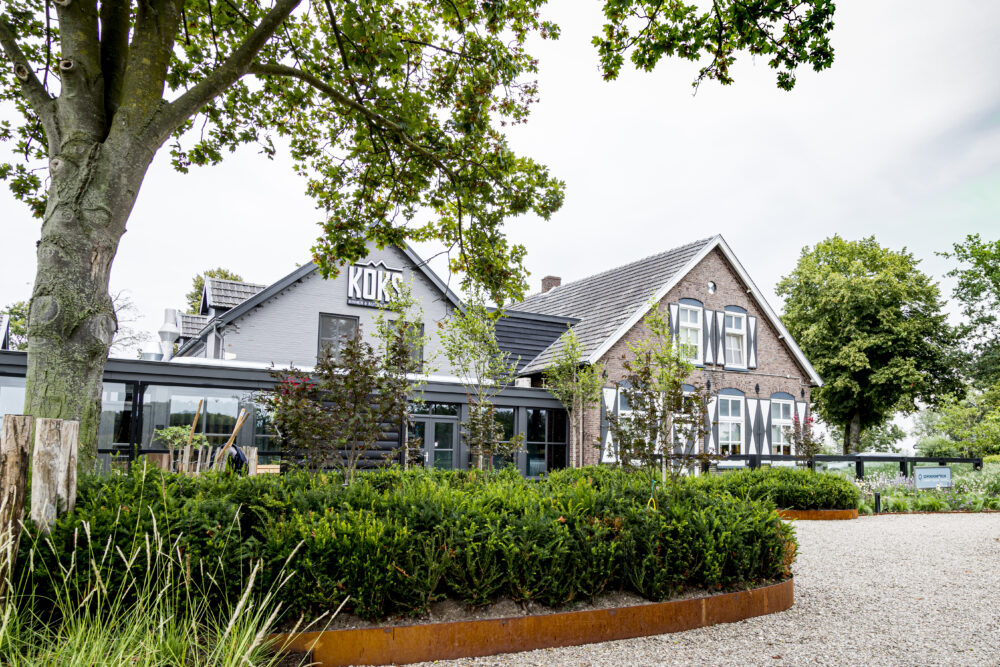 According to Johan, co-owner of the restaurant, the fire would add a lot of extra atmosphere to the restaurant. “We knew early on that a fireplace would complete the rural style that our restaurant exudes. We went to several restaurants for research. We looked at where the fireplaces were located in the room, how they were positioned and what type of fireplace it was. Unfortunately, we found out that in many restaurants the fires weren’t burning, because it would become simply too hot.” Says Johan.

A fireplace that radiates direct heat, limits the space in a restaurant, because it becomes too hot at the tables around the fireplace. It’s important in a restaurant that the temperature is constant; people sit still and then it has to be pleasant. But at the same time, as a restaurant owner, you don’t want to give up space by placing fewer tables. So there was only one possible solution: an electric fire that emits little or no heat. 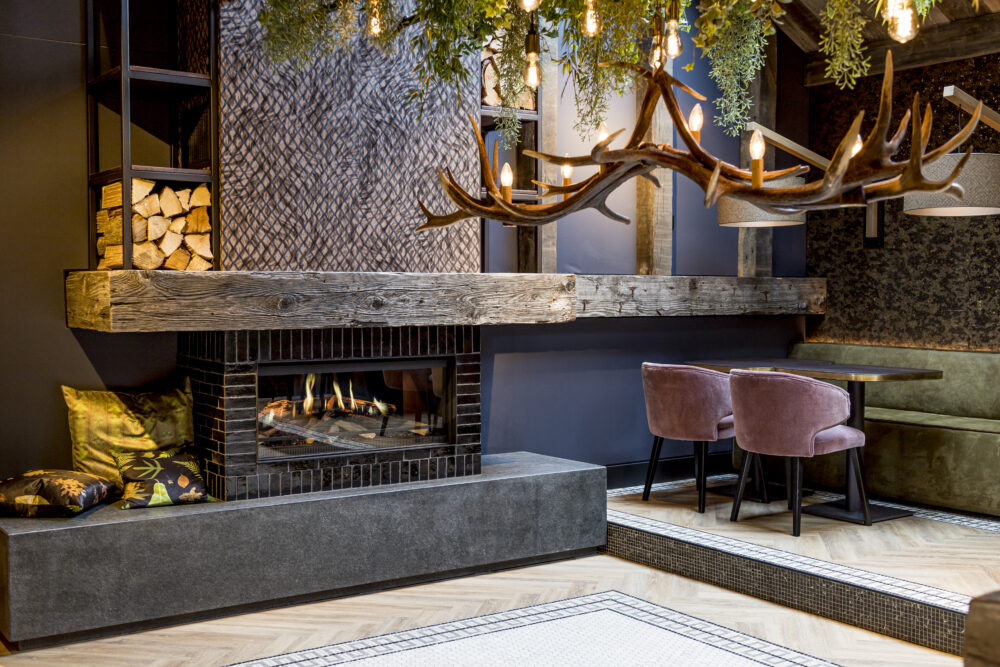 However, this instantly created a new problem: there was no electric fire that they liked enough and that suited the style of the interior. They visited the dealer Verbruggen Fire & Design, but were not impressed by the offer of electric fireplaces. “We soon realized that we would have to make concessions: either no fire, or a fire that just wasn’t that impressive”, says Johan, “Fortunately, Peter from Verbruggen Fire & Design told us that something new was coming on the market: an electric fire with realistic flames and sparks. He was so excited about it and knew how to convey that to us. We hadn’t seen anything except a short film and a brochure, so we had to rely completely on his judgement.”

Peter: “Johan was looking for an electric fireplace that was not available yet. I knew, of course, through Kalfire’s announcement and preview, that something new was coming to the market that would meet his wishes. Creating a good atmosphere is important in the hospitality business and I knew that the Kalfire E-one would add that.” Verbruggen Fire & Design contributed to the design process of Studio C. Interieurs and Gaaf Creaties with their expertise on the technical possibilitiesv for building in the fireplace. 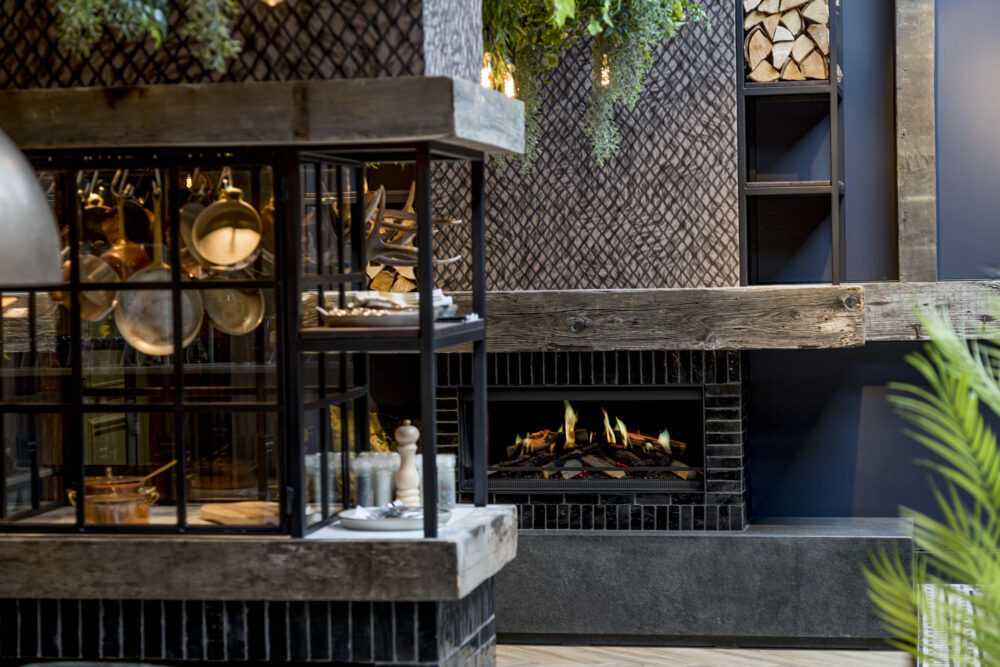 When Johan saw the first images of the fireplace, he was excited immediately. He felt as if he saw a real fireplace burning and had never had this feeling before with an electric fire. He decided to go for it and choose the Kalfire E-one for his restaurant, even though, at the time, they weren’t sure if the fireplace would be ready in time for the opening of the restaurant. The advantage was that the design was already complete, so as soon as the Kalfire E-one was available, Verbruggen would make time free to install it in the restaurant.

Besides the atmosphere and the practical advantage that the fire doesn’t become too hot to place tables close to it, it also guarantees safety. The electric design fire can give off pleasant warmth, but doesn’t get hot (it is available with and without the Atmos Heating option). “We are a restaurant where families with young children regularly come to eat. As a parent, but also as a restaurant employee, you don’t want to have to worry about children getting close to the fire. And you also want to be hospitable and accessible to everyone, so this extra safety fits the KOKS concept perfectly. 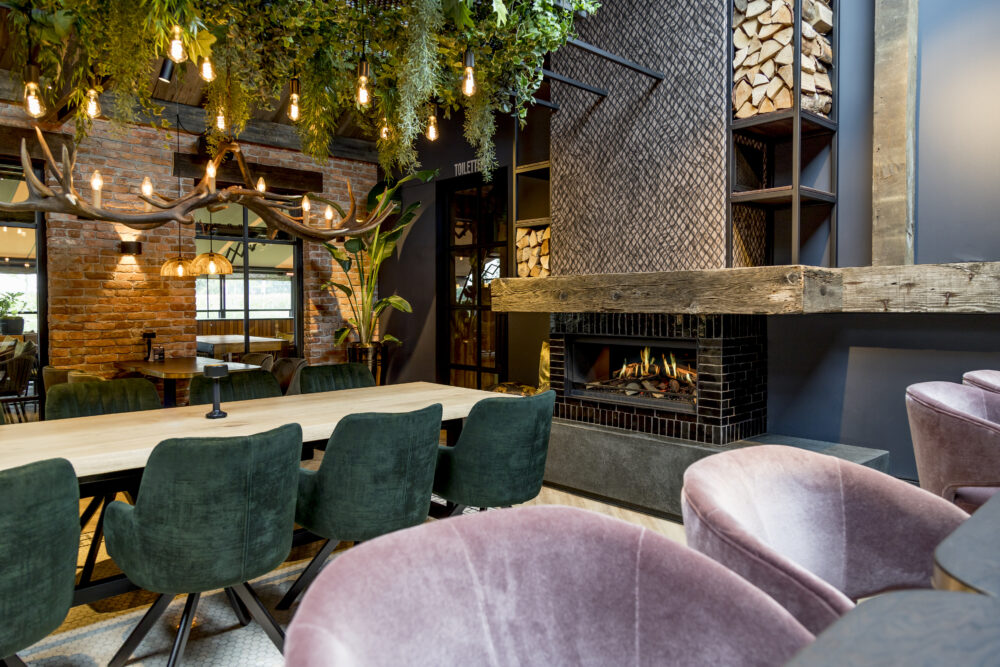 In the end, it was a close call. The renovation was almost finished and the Kalfire E-one would become available around the same time. When there was a release date announced for the high-tech design fireplace, it turned out to be just before the opening of the restaurant. So nothing could go wrong, otherwise the fireplace would arrive too late for the big reveal.

Peter and Johan both remember this moment well. In the end it all came together, but only just in time. One day before the opening, the E one fire was installed. All efforts were made to install the electric fire as quickly as possible. It took a lot of hard work to finish it in time, but once the fire was burning, it was a confirmation for Johan that this was the perfect choice: it looked spectacular and exactly as he had imagined it. “During the opening we received a lot of good reactions to the interior and the Kalfire E-one. People had to look twice to realize it wasn’t a ‘real’ fire they were looking at.”

Today, Johan is still happy with his choice. “It is an atmospheric element that fits into our interior beautifully and it really completes the look of our restaurant. It is exactly the addition we were looking for. The Kalfire E-one is always burning, regardless of the temperature outside. That completes the picture: no matter what the weather is like, the fire can always burn, so you can always enjoy the beautiful flames.” It therefore states in the staff’s working procedure that fire must always switched on. 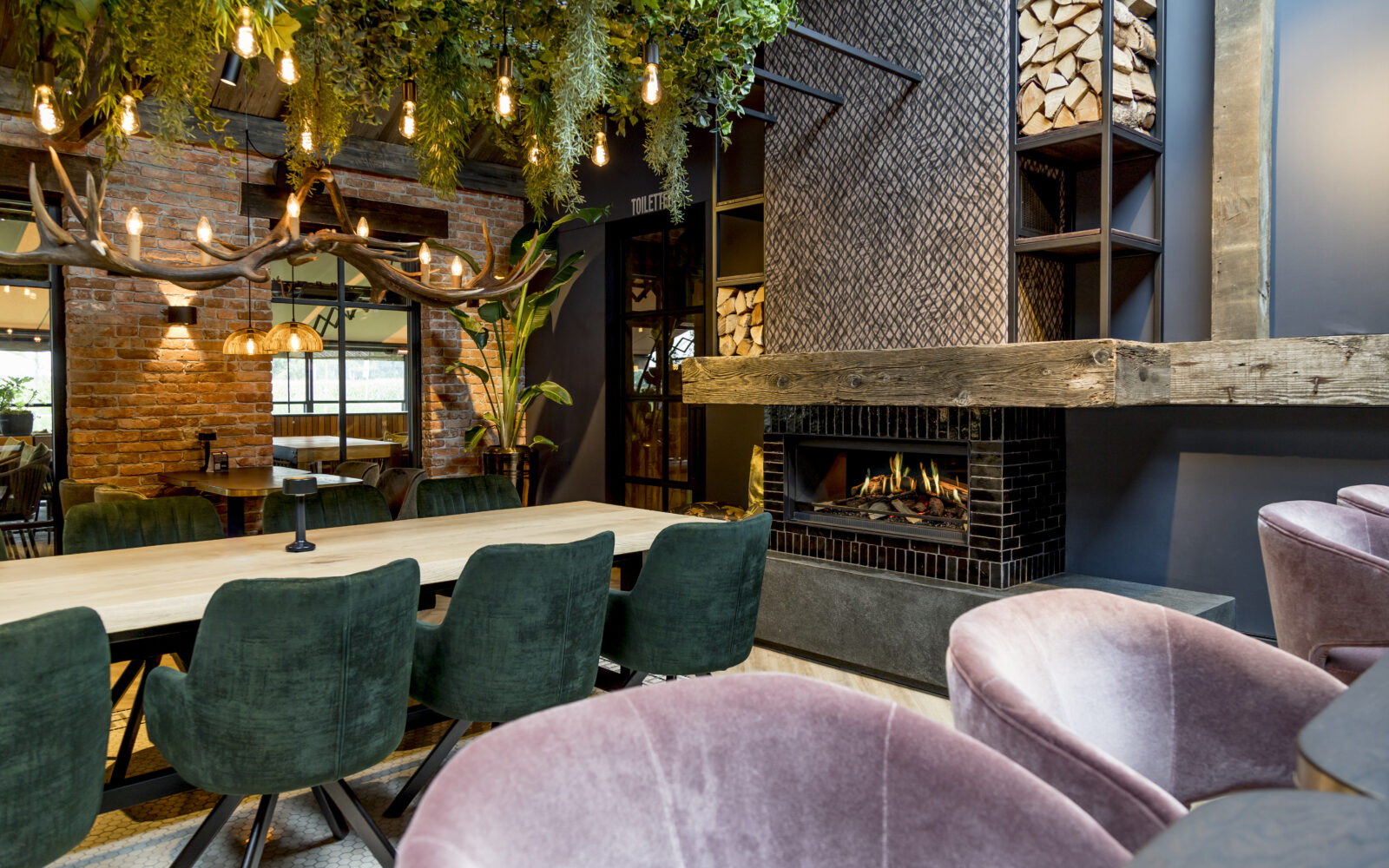 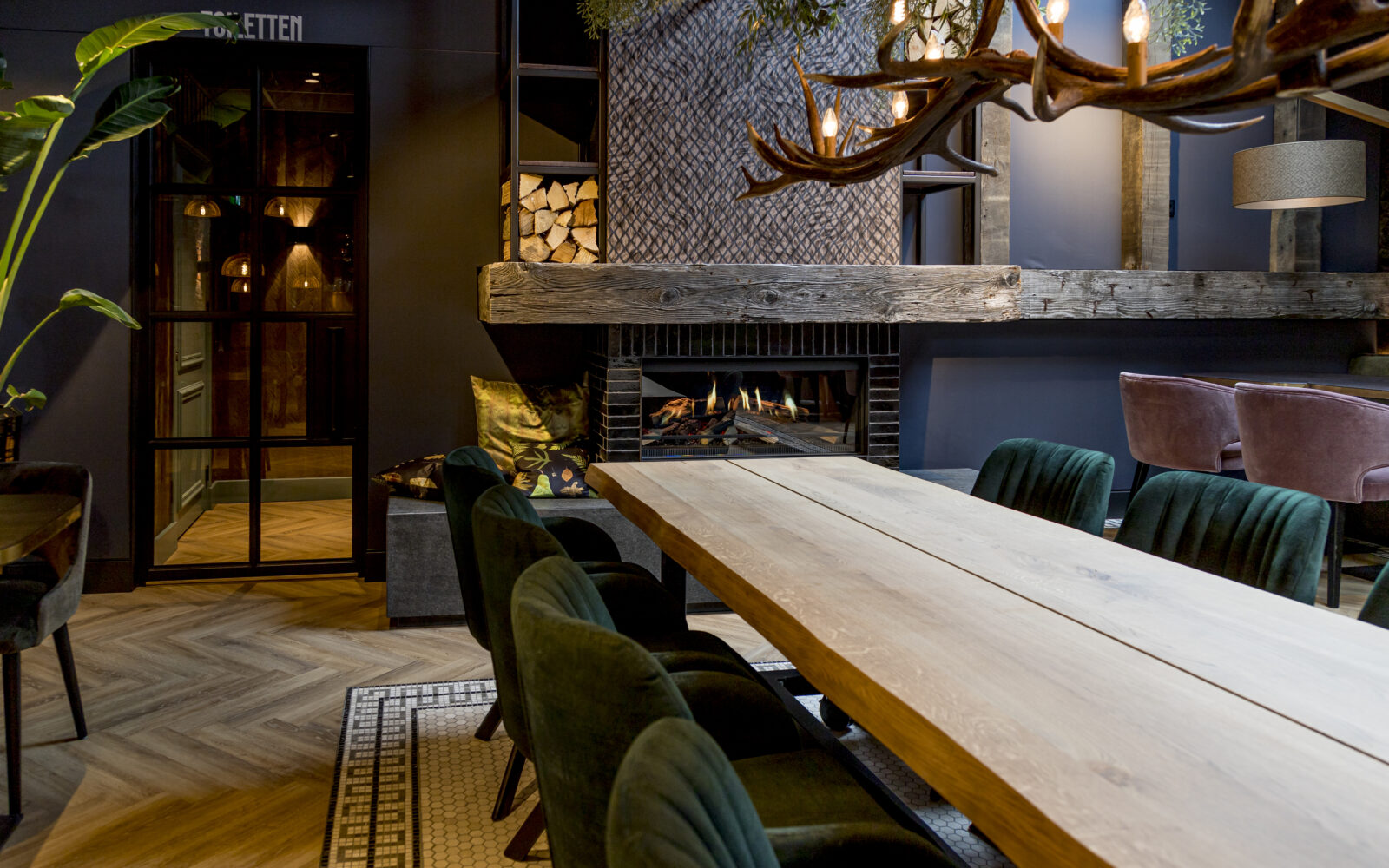 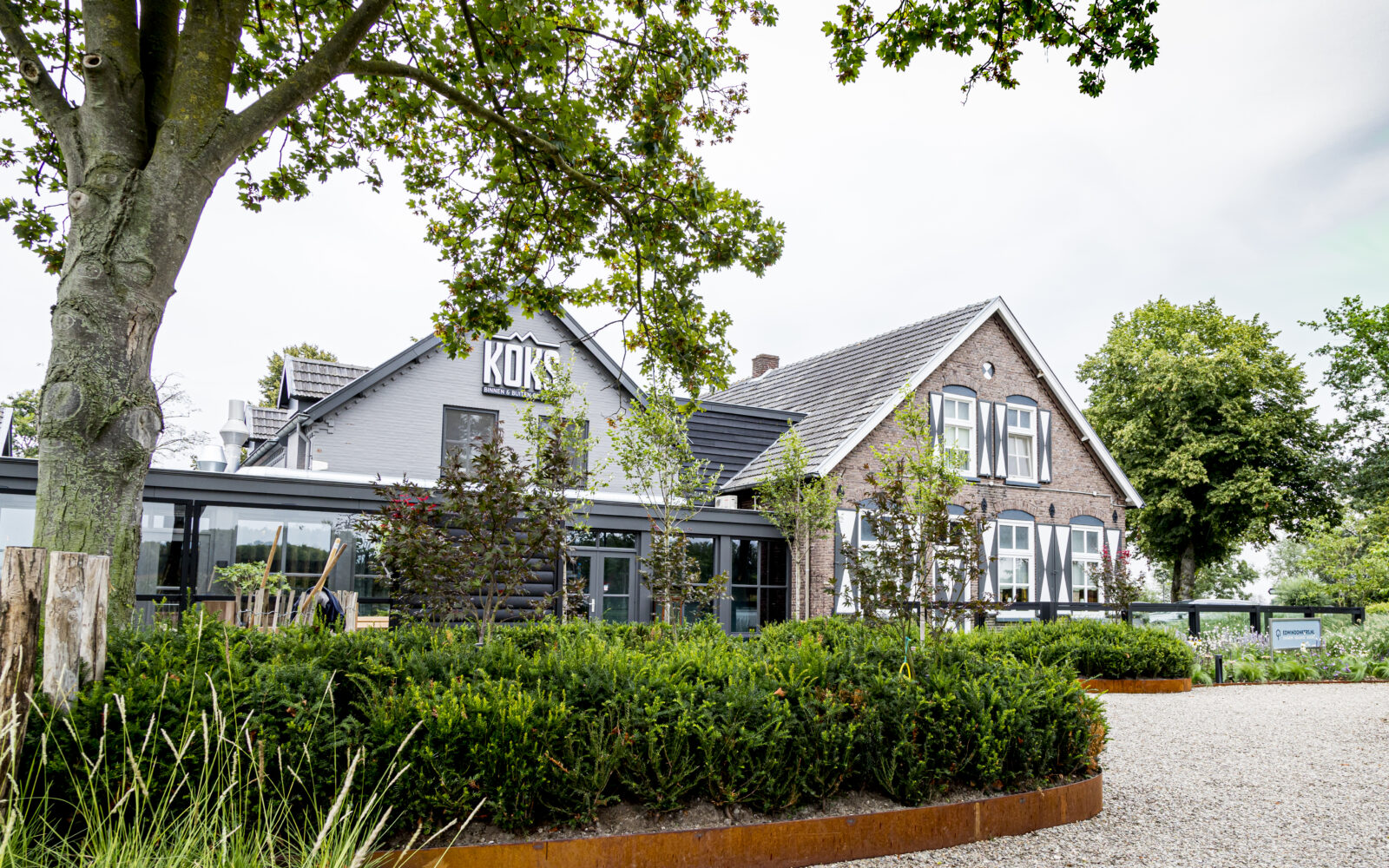 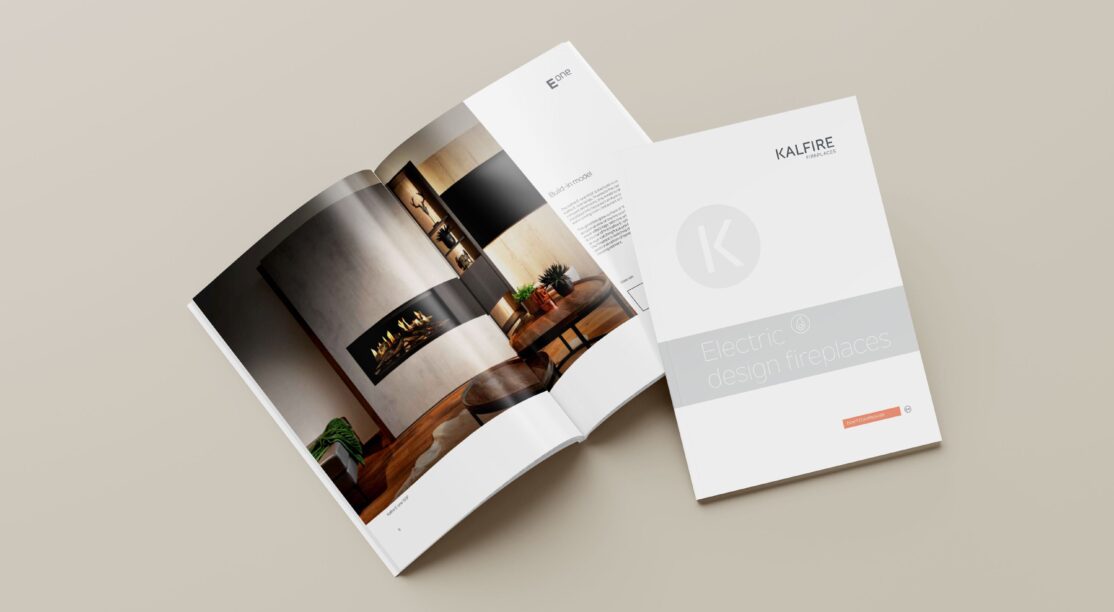 Read all about our newest, high-tech design fireplace in the digital brochure and find inspiration for your interior. 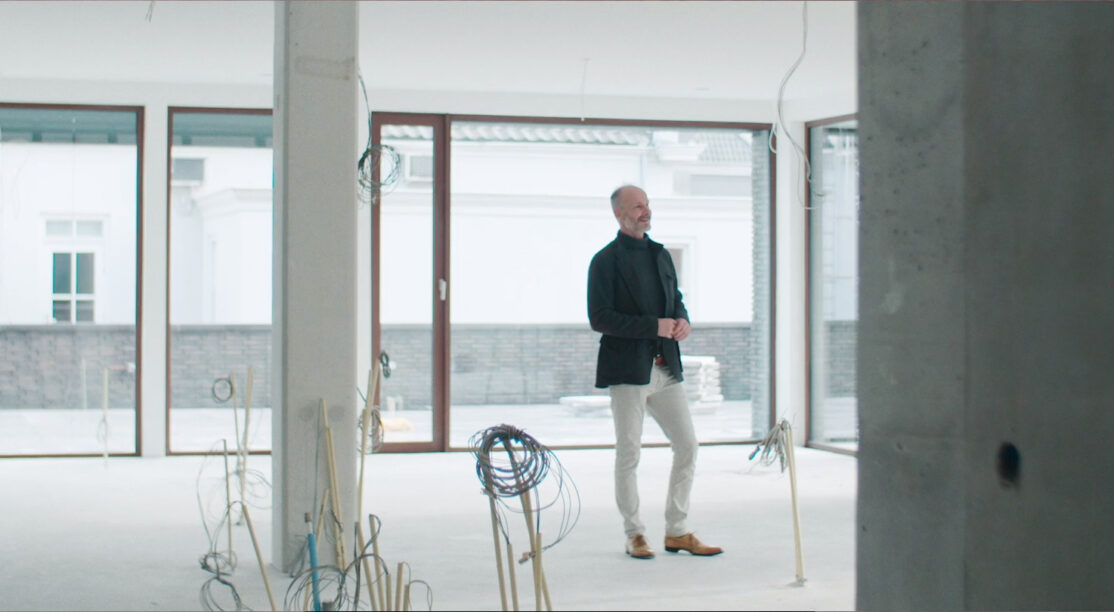 What ever your favourite place is, with the Kalfire E-one it will be the place where people come together. Our high-tech design fireplace can be placed anywhere.

You have to see it to believe it

Would you like to experience the ultra-realistic Kalfire E-one fireplace? This is possible at your local Kalfire E-one dealer or the Kalfire Experience Centre.