Home is where the hearth is #6

Ingrid and Jan decided to rebuild their house. They need less space in their house since their children moved out. They want to stay in their house for a long time, even on their 'older days'.

The house was decorated in an industrial style, which is what they like best. They hired an architect, because they wanted to do it perfectly straight away. They knew exactly what they wanted and how it should look like. Ingrid and Jan wanted an open kitchen and dining room that would be connected to the living room. However, something should separate the two rooms, otherwise the space would be too big. Ingrid asked the architect if he could draw a fireplace, as a room divider. This way they got the best of both: a small separation between the rooms, but it still feels as one big room. 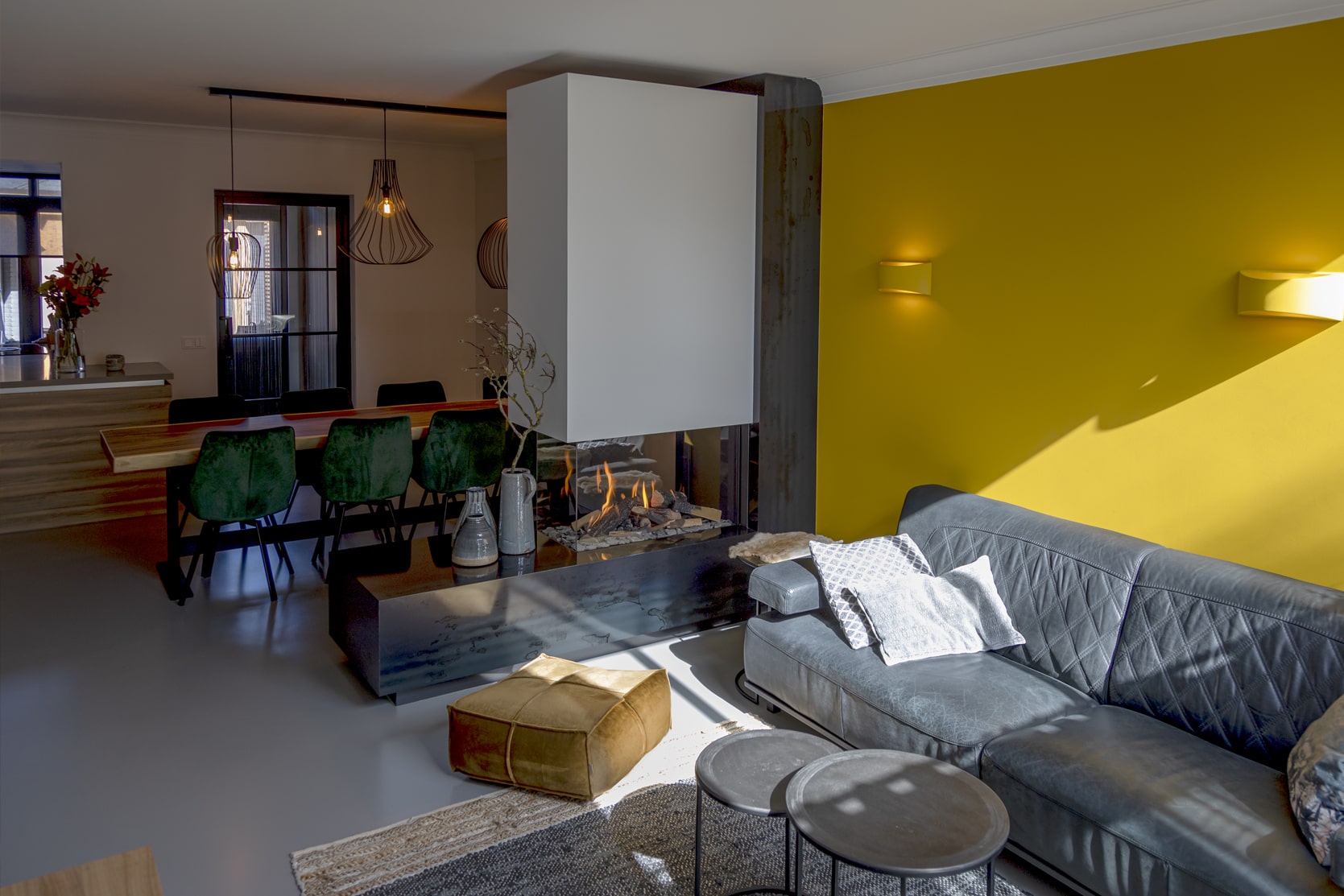 When Ingrid and Jan bought the house in 1992 they took out the flue. In the beginning, they didn't want to take a fireplace after all. So now several years later, when they changed their minds, a new flue had to be installed. There was one disadvantage: The installation of a flue meant that they needed to hand in space, in their closet in the bedroom. "You understand, of course, that that space was handed in by my husband", says Ingrid with a smile. 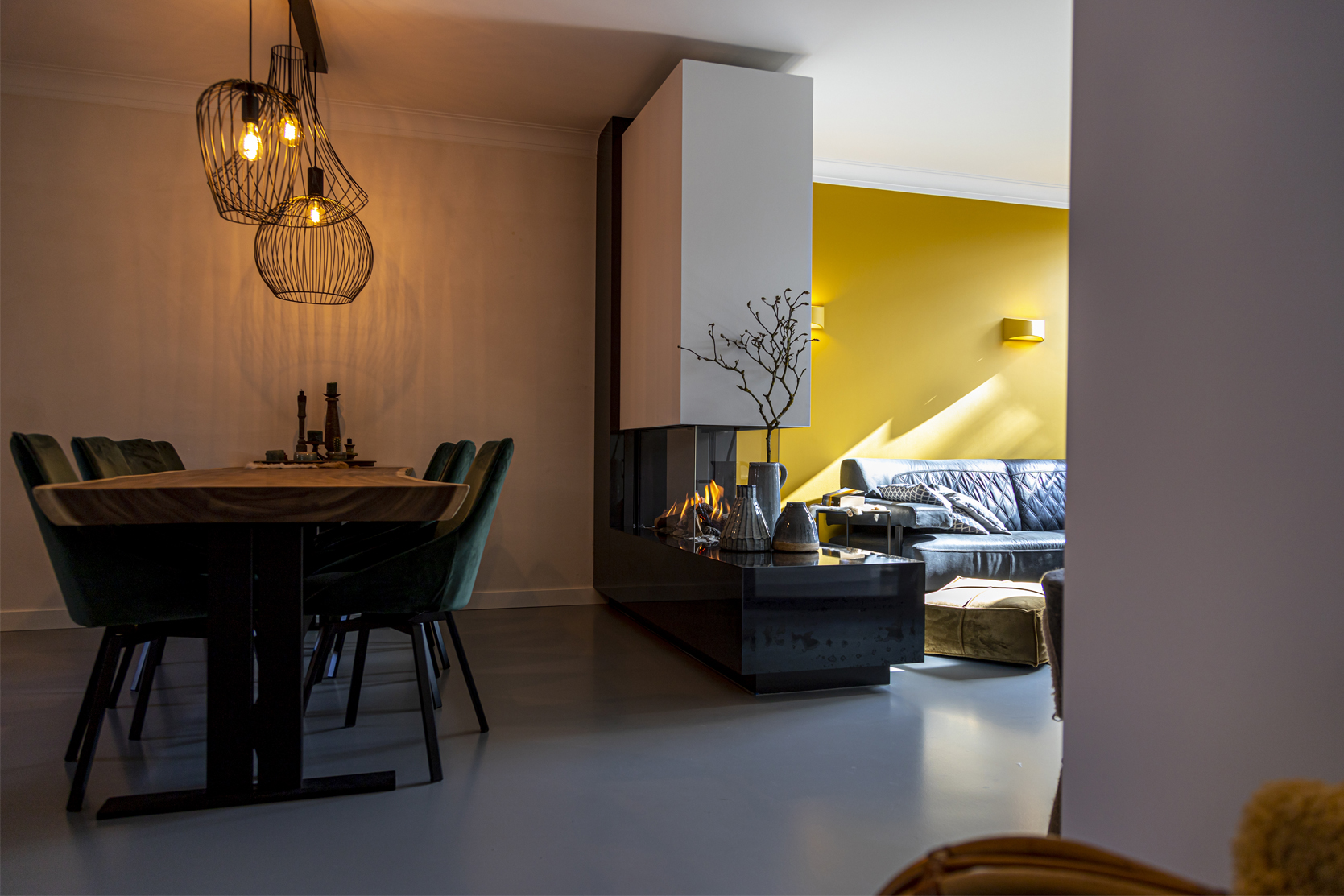 An industrial look and realistic design

They went to the dealer with the drawings of the architect. They already looked to several fireplaces on the internet and already saw a nice fireplace from Kalfire. As soon as they entered the showroom, they immediately saw 'their fireplace'. Ingrid: "That was it right away, the first thing we noticed was that the fire was very beautiful. Furthermore, the logs and pebbles are very beautiful and realistic, and the design also fitted in well with our industrial style. We knew right away that this was going to be our fireplace". 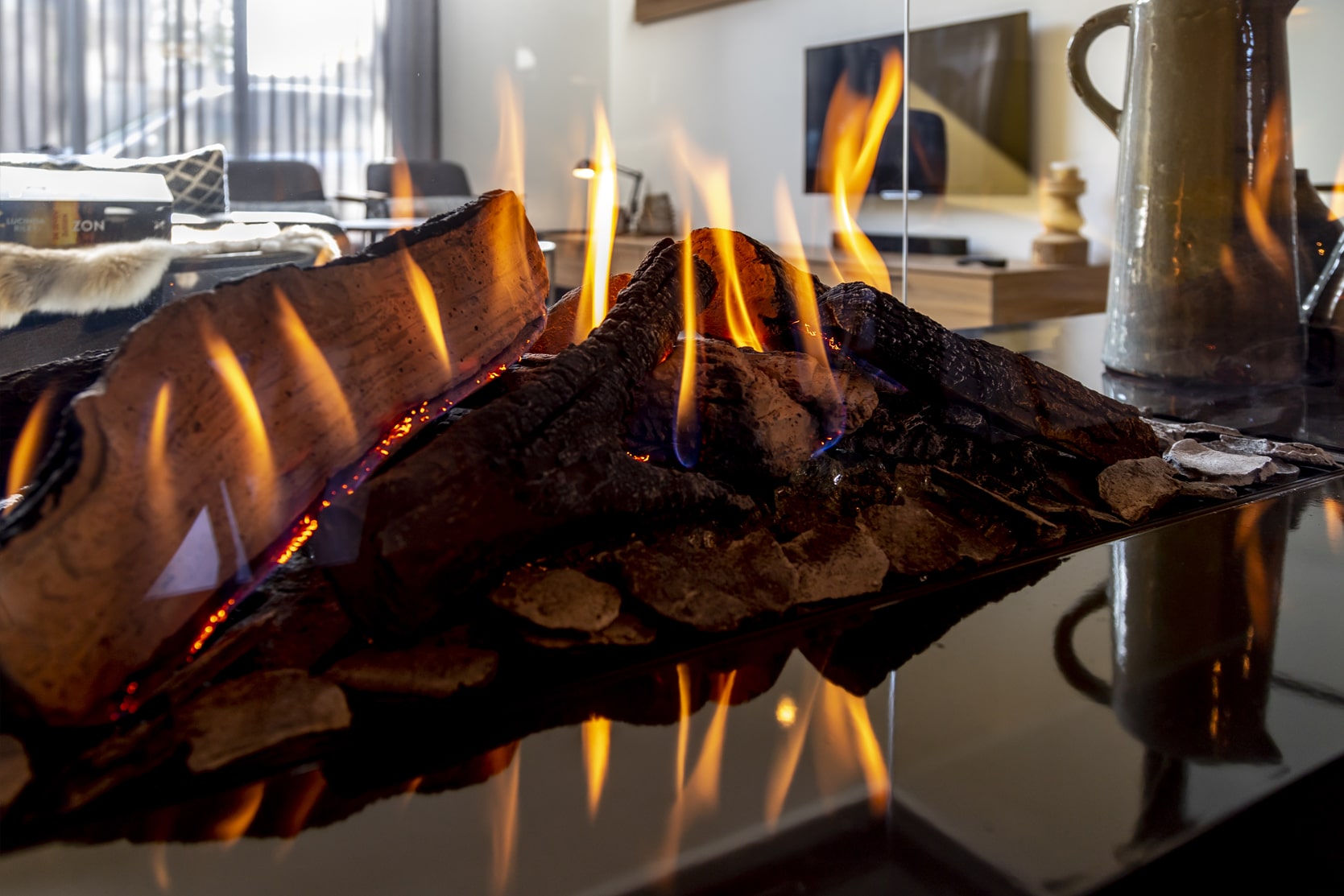 The choice for a gasfire was easily made. They want their house to be comfortable, chopping wood is not part of their vision of comfortability, especially as they get older they want a convenient way to start the fire. A gasfire appears with one push on the button. At that time there were no electric fireplaces they liked, so the choice was easily made. 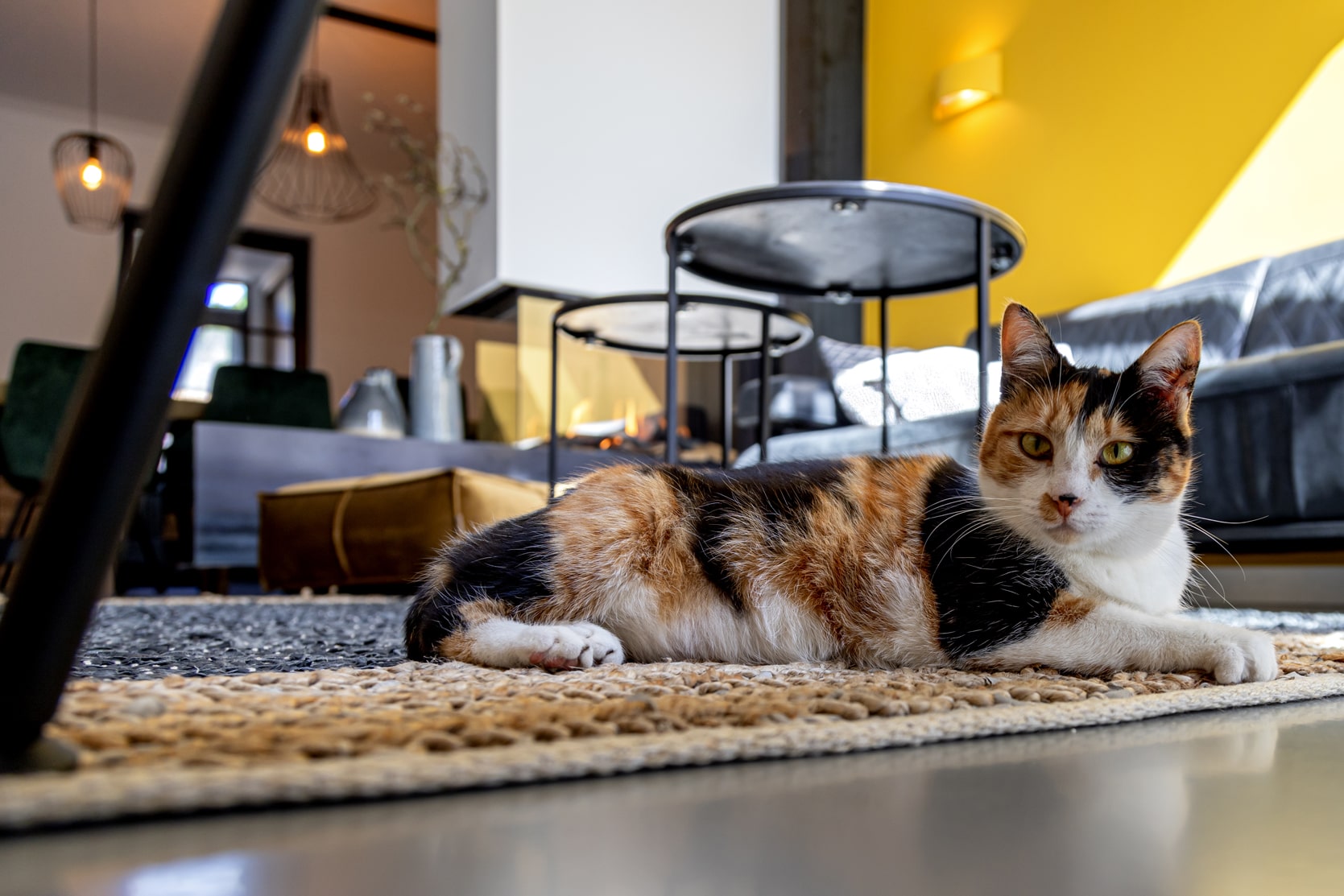 They wanted the exterior of the fireplace to be made of black steel, to emphasize the industrial look even more. That was another task, because steel rusts, even faster in combination with water, and they didn't want to take that risk. By applying a layer of lacquer it would be possible, the steel would only have a smoother look. In the end it turned out that there was also a structure in the layer, so it wasn't plain black. In the beginning, Ingrid and Jan thought: this is not what we had in mind. But once they saw the end result, they thought it was beautiful and it also fits in well with the interior, like it was supposed to be this way. 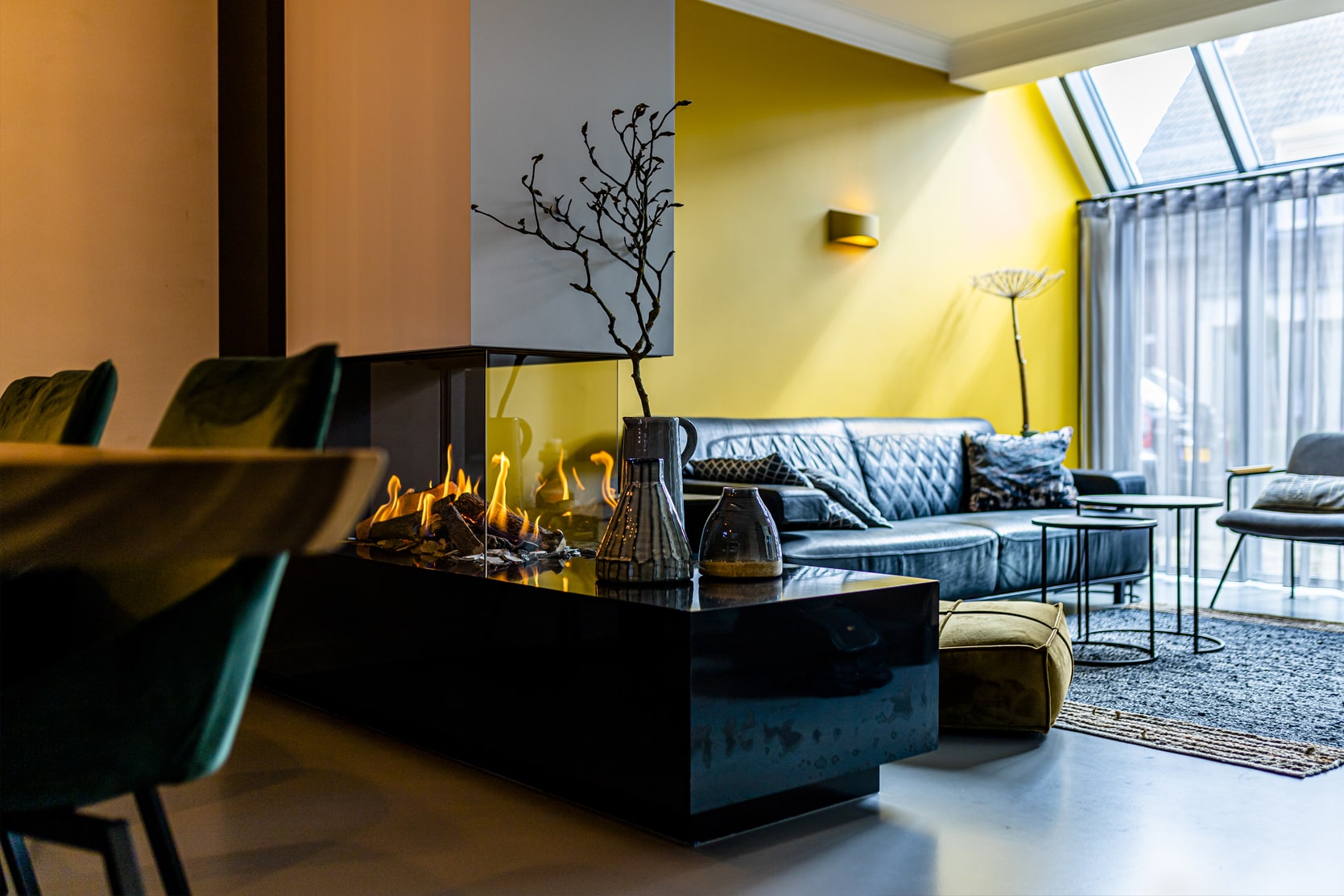 Perfectly integrated into the room

Ingrid definitely thinks that their visit to the dealer was very valuable. They take make your worries disappear, everything is taken care of and there's plenty to talk about. The communication was also very good, which they found important.

From the moment the fireplace was installed, Ingrid and Jan were very happy with their choice. "The fireplace adds warmth and makes the room attractive. The room is now a bit separated, but still you can look from both rooms to the other side. The fireplace completes our interior. We are very happy with it, with our whole interior by the way. Furthermore, the warmth of the fireplace is a nice addition to the heating they have installed in their floor, even during the even colder spring evenings. During cold evenings, the fireplace can be turned on and gives enough warmth to make it just a little bit more pleasant. 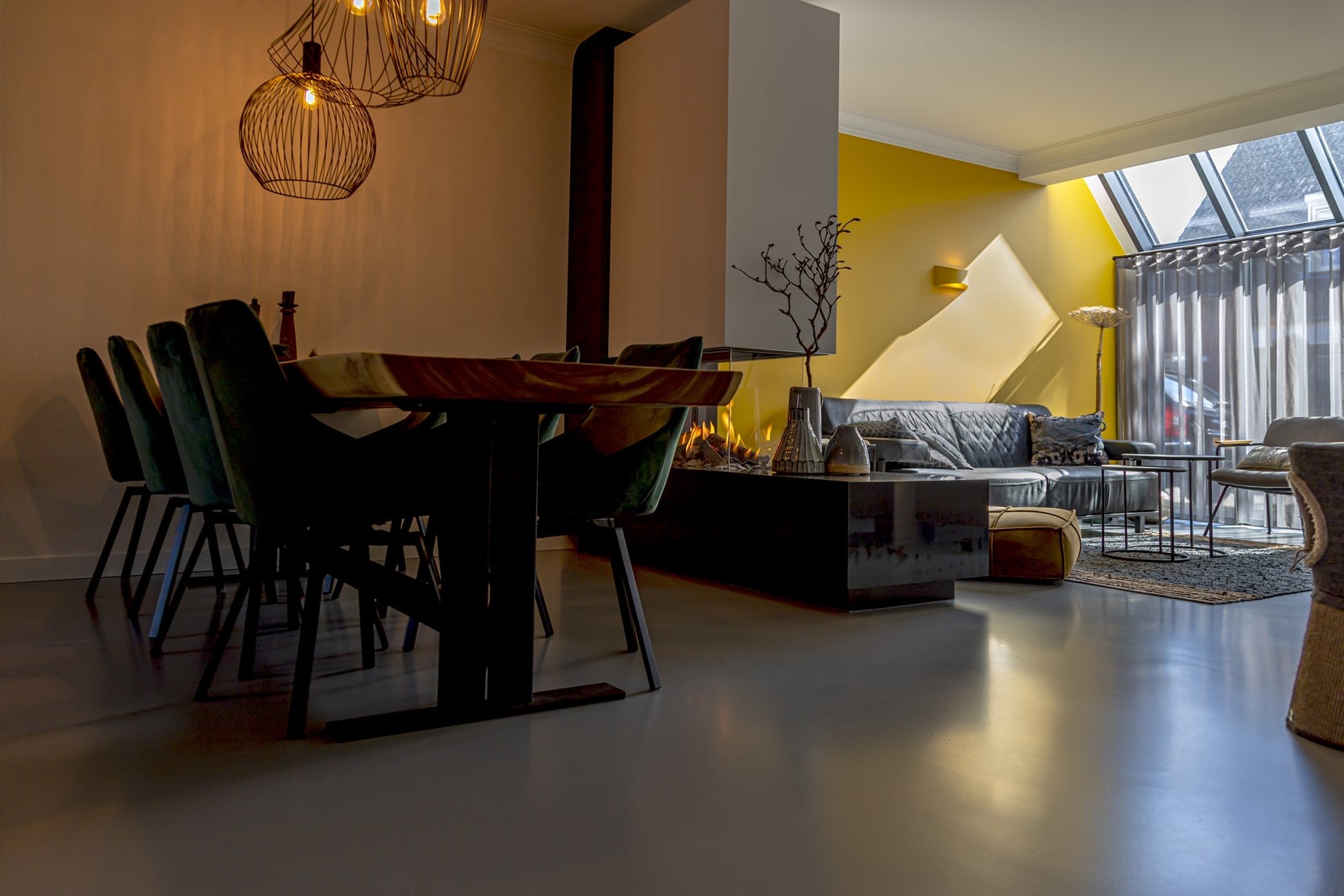 Would they have made other choices afterwards? "Yes! The floor, you can see every little bit of dust on it and that's annoying. It fits very nicely in our interior, but you have to keep cleaning it. But the fireplace? No, we wouldn't have changed anything else!"

Ingrid and Jan want to advise anyone who is in doubt about placing a fireplace: Just do it. "You really won't regret it."